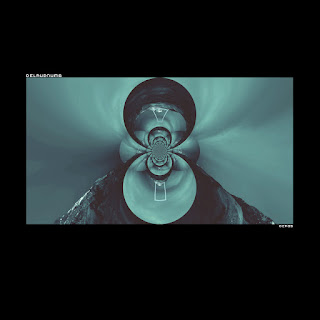 A new label has been born, called Dark Coalition Records. They have just released Daliudnumb by Bleaeck. The act´s name means something about having a total disgust for society. I am not actually 100% percent sure what the mysterious album title means, but I can reveal to you all that info about it is more-or-less revealed on Bandcamp:

"These tracks further an exploration of refute to the opioid endemic. Suffering en masse has resulted in predatory over-prescription and consumption of commercial medications. We resist the pill-pushers. Music for expression, for mourning, for a continued existence as entropy ensues in this hellish "civilixyzation (end-game)"

Something about... refusing your daily medication (whatever that is) and then lead a life without medications. I think it is easier said than done (for some), the only medication I get is is when my wife "forces" me to swallow my vitamin pills. But it is true (in one way), someone is earning TONS of money on the physically and mentally ill with the pills industry. Businessmen without a doctor license to fake health gurus creating pills from cow dung (you know them!). So regarding that, we are then presented with a 3 track mini album being almost 20 minutes long.

3 live recorded tracks working around prepared electric guitar with echo. The first track called Dilaudnumb Djunk Gmork Session 3 (which is the longest track with also the longest track title) contains looped and echoed string-ambiance, additional echoed string moods (and distorted ones) are added to a mesmerizing drone experience. Strangely reminds me of something from NON´s full-length album ´Children Of The Black Sun´ or Current 93´s EP ´Where The Long Shadows Fall´. A nice and sincere welcoming piece. Second track Helix has a more acoustic sounding feel to it, melancholic-acoustic psychedelics? Honest and authentic too. The mood-intensity varies slightly from relaxation to frightful moments, like having one of those half-awake daydreams. Last track Bliss, feels like a gentle rollercoaster ride.

And that is that it starts where it starts and ends where it (should) end ... In a good way. A nice way to start your Monday morning, or end it in the late hours. Works in both ways, give it a spin and you´ll agree with me. 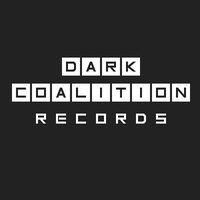