The Forgotten World of Machines 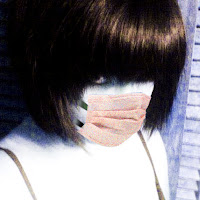 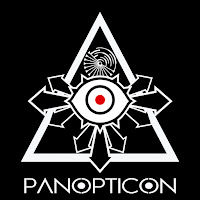 2 projects, one from Paraguay and one from Chile. Male and female joining forces in the attempt at doing a fusion between dystopian/cyberpunk-based ambient electronics and menacing industrial inspired soundtracks. The kind of soundtrack mood stuff u might find in the likes of Japanese Manga toons; Akira and Ghost In the Shell (just to name the big ones!). An only-digital EP-album released on Belgium based netlabel GodHatesGod Records, what a name for a label. Filmy Ghost being Sábila Orbe (Humanfobia, Yaka-anima) works as a side-project for her to explore the boundaries of dark-ambient/drone-noise. With tons of released net-releases/material via her own label Cian Orbe Netlabel (see link). Panopticon has also made extra releases on the official Bandcamp site, a project while also work within the same world as Filmy Ghost. A pretty good cocktail so far!. Here is how they (themselves) describes the album:

The Forgotten world of Machines is a futuristic, dark chaotic sonorous vision of these artists, representing a world governed by machines, without any hint of human life, in a very distant future. But at a point of this representation, they self-destruct, also being extinct.

It´s interesting material within the dark-ambient/noise kind of thing, you cannot compare with the classic dark-ambient style of Lustmord or Raison D´etre. And the industrial-noise bits aren´t in the vein of any harsh noise or power-electronics artist I have ever heard. It feels and sounds very futuristic, almost kind of mercury´ish floating metal-sound. Being strapped down in an underground concrete cellar, while strange and Asian looking doctors are applying otherworldly cybernetic applications to your body. Or being frozen in a trancelike state, while your brain is by cybernetic-means plugged into some kind of network.

Very cold and lush material! It just sounds different, and strangely recognizable at the same time. It's Japanese cyber-punk soundtrack music at its best, fans of Tetsuo the Ironman will definitely dig this! It will only need 25 minutes of your time. From lush and atmospheric futuristic synths, cold metallic glitches and droning machines working none stop. It´s all there for the upcoming future!. 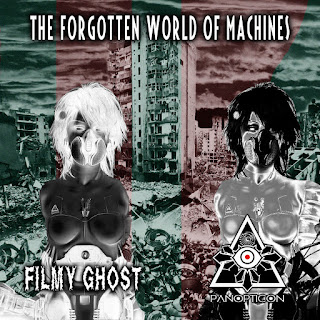